Inspiration
The red-crowned crane bird  this time lands in Korea as a Korean national-protected animal and  a symbol of peace because the gathering point of Crane in Korea is DMZ.
This Crane as design could also land anywhere in Asia
Design made by Studio RUDA 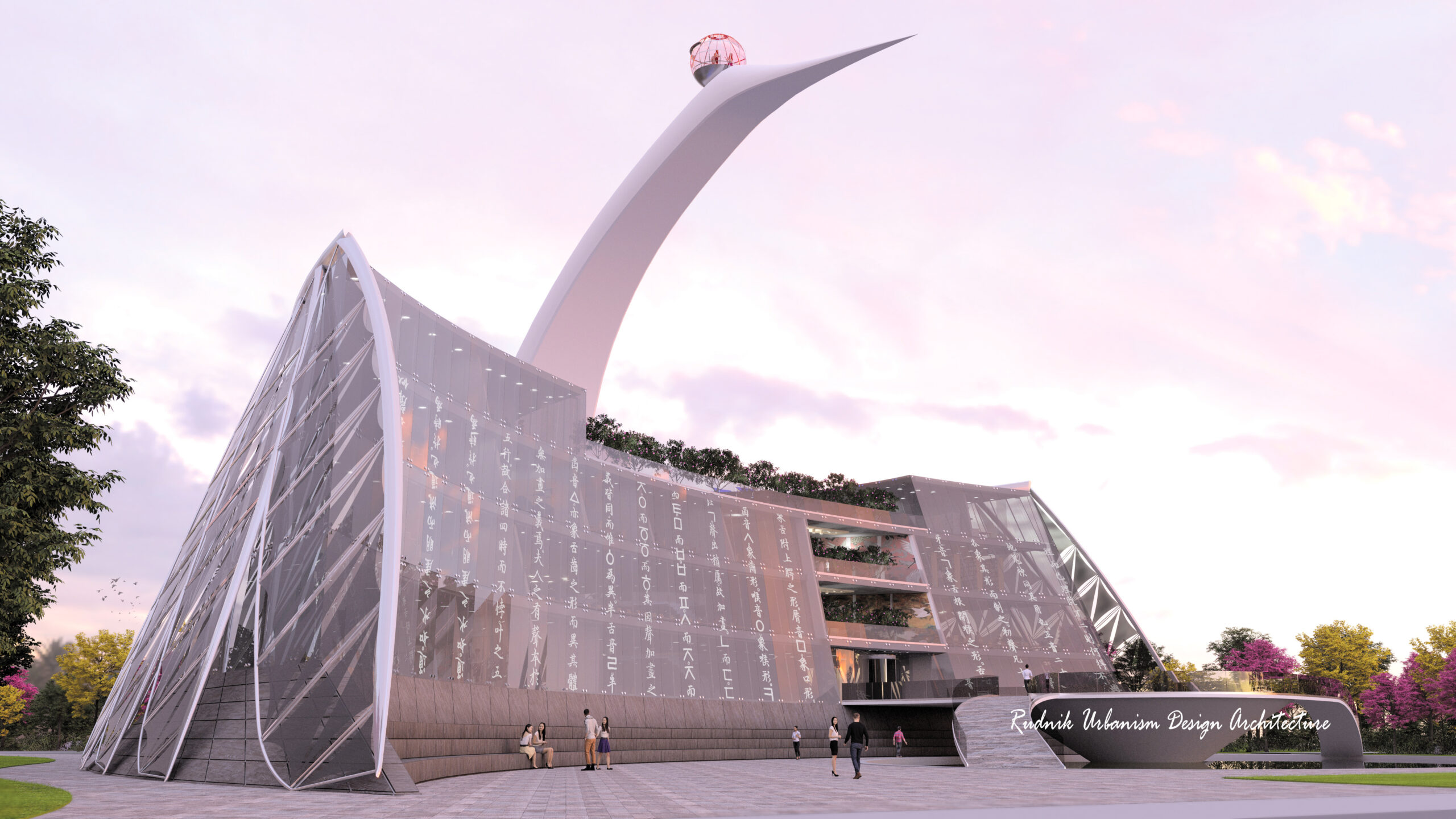 The architecture of the The New Taipei City Museum of Art in Republic of China, create by Rudnik design  represent a crane bird in the nest at the river terrace that  could easily be understood from a distance, and from any points of the park by the Yingge river. The form of museum was unfettered minimalistic balanced move of the cranes with atrium as a birds lungs, where fresh air and sunlight came in directly into the museum. With his wings as an exhibition space, and the cranes head as an art themed restaurant, the visitors could enjoy in the view of the landscape and nature environment. 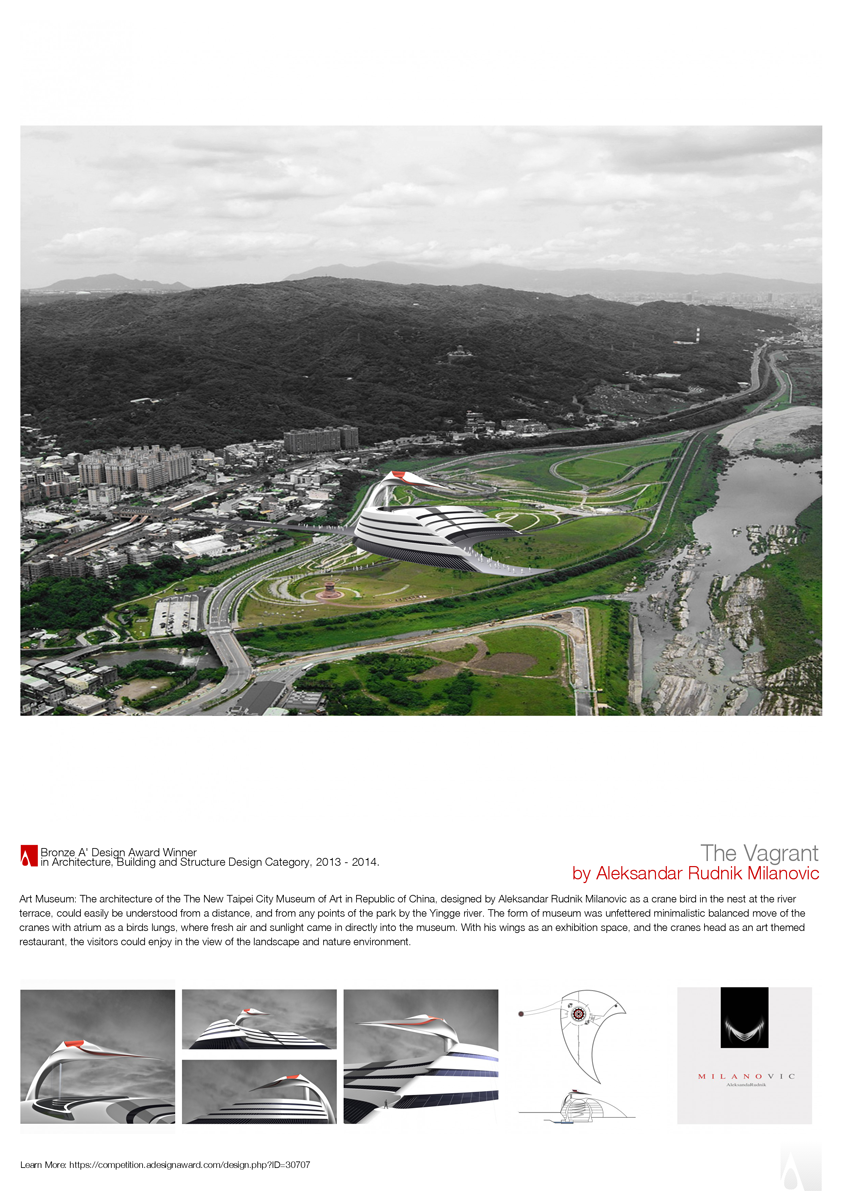 Conceptual design made by for Guggenheim Helsinki competition 2015. As the maritime setting emphasizes Finland’s strong connection between architecture and nature a new Guggenheim museum in Helsinki, embodies the concept of the nature and human needs for arts, into one building structure. The missing part of the Eteläsatama puzzle, is the one that will connect the Helsinki city block architecture that is presenting with masterpiece of finnish architecture hotel PALACE , the CRUISE ship that is usually dock by the bay at Helsinki Olympia terminal ,and the nature represent with the TAHITITORNIN Vuori Park. The bird in the nest as a building structure could be that missing part, as a Finland is a country which proudly serves the nature, with the biggest breeding colony of the common CRANE (Grus grus).The Cranes could be found everywhere on earth ,but they start their flight from Finland. One of them could stay permanently on the dock of the south bay as a GUGGENHEIMs guardian of the art treasure. 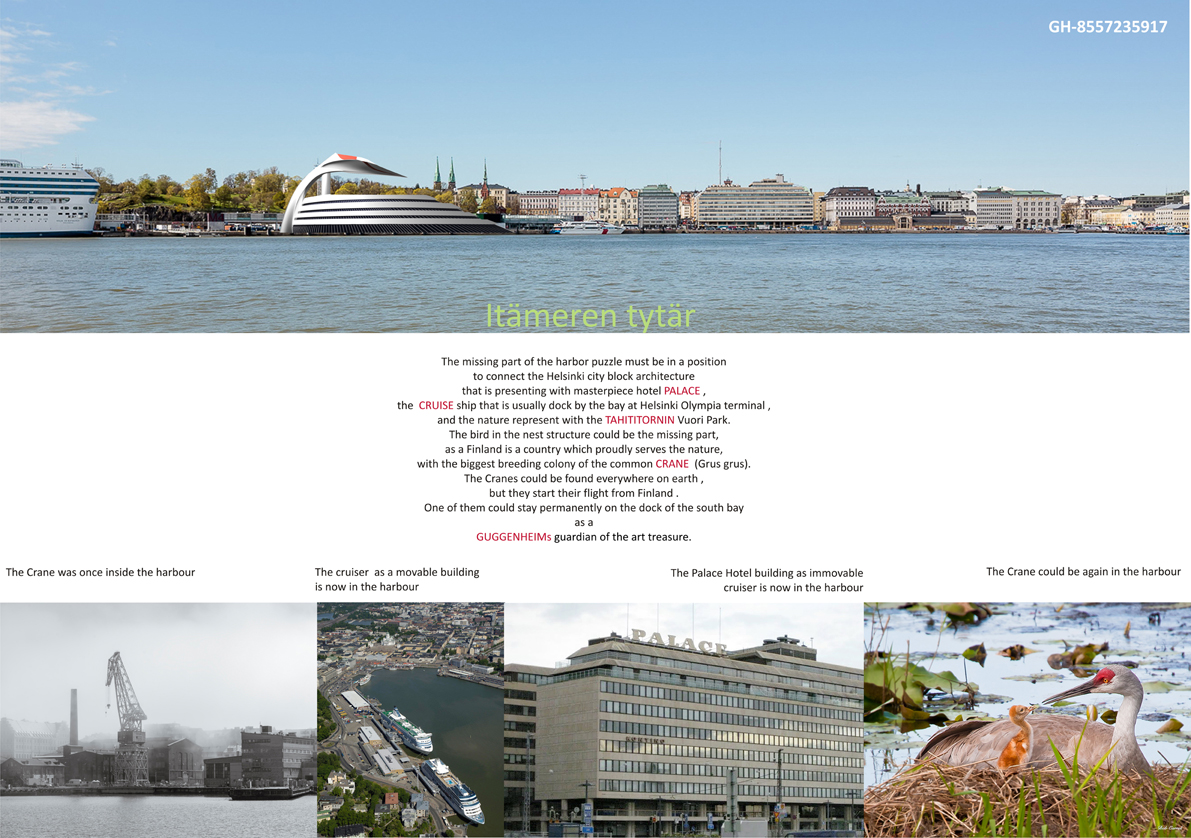 RUDNIK Conceptual design made  for ‘NaTian’ Cup International Design Competition 2017. organized by Suqian Municipal Government, Suqian Planning Bureau, and CBC. Design takes inspiration from the crane bird, as a traditional symbol in Chinese culture for good luck and longevity . The crane bird as a motif , follows the conceptual idea from the Suqian Lakeside District Central Park Landscape Design where the central axis was place in the park based on the concept of silk scarf detail . The NaTian cup for the zone of the Ecological Central Park, was in that sense, symbolically a unique invitation for decoration the scarf axis , and one of the decorative motif , could be the Crane as a national bird of China, and future architectural structure, that will be a host for Botanical Science Center. 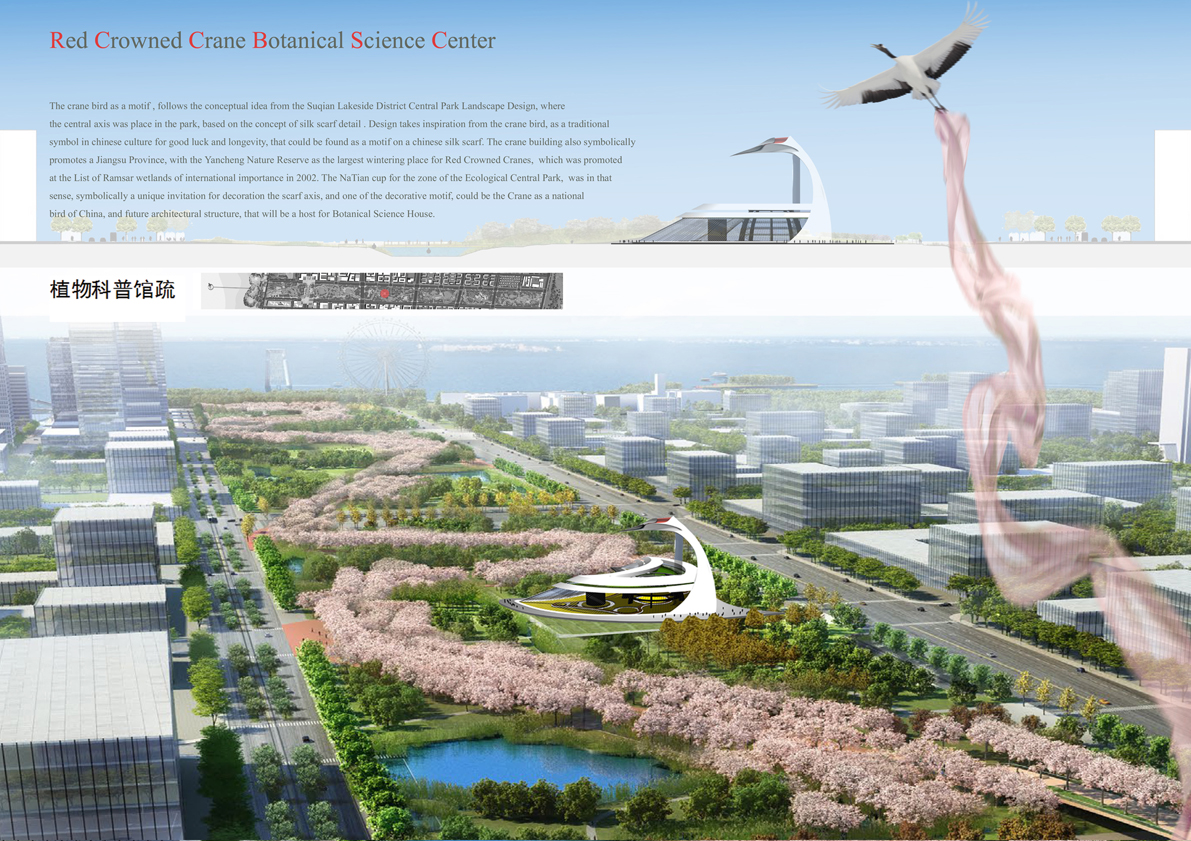