The EMERALD building was designed as an additional layers of existing business building made as truly example of typical brutalistic design in the second half of the 20th century in the City f Kragujevac. The environment in which the building is located, its position at the intersection of two streets in the Old Town offer the opportunity to view the facades of the building as interactive screens – loggias designed to relieve the building of the impression of new inappropriate imposed structures on the existing building designed in a brutal manner. The choice of glass in the chromatic array of green color that can be found on the  EMERALD stone was chosen with the intention of pointing out the need to promote positive energy and ecology while keeping the existing greenery on the plot and laying new layers on the loggias and the finished roof terrace. The RUDA (MINE in Serbian language) design bureau this time excavated the most beautiful green semi-precious stone with the aim of its permanent exhibition in the City Center of the city of Kragujevac in Serbia. 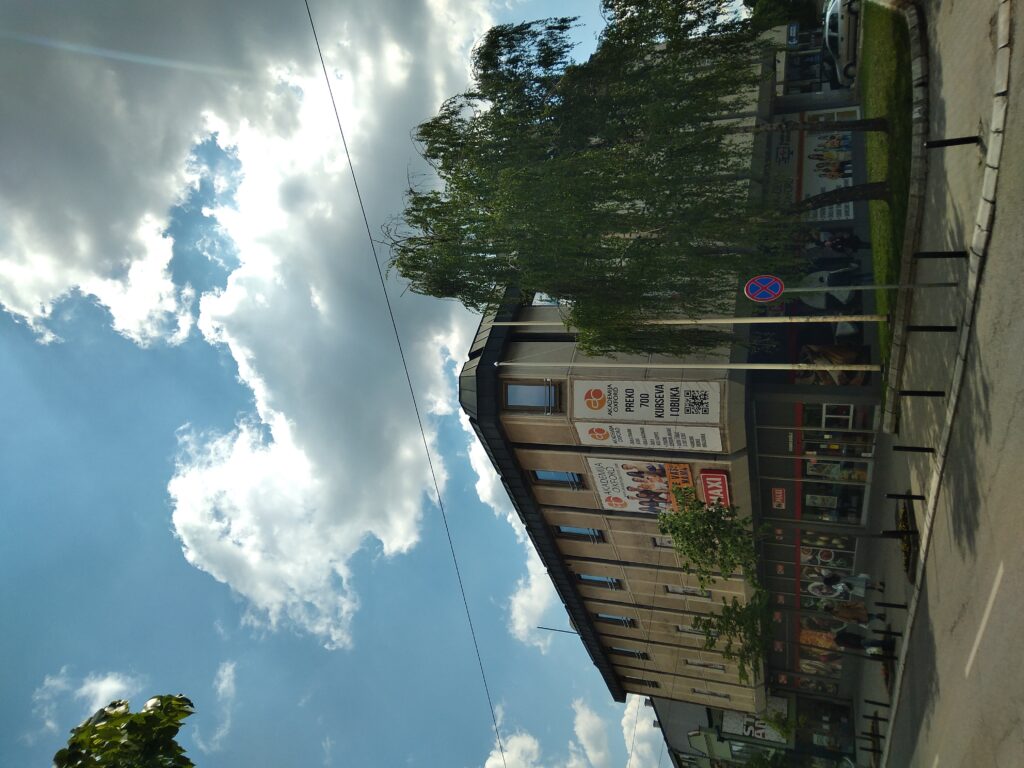 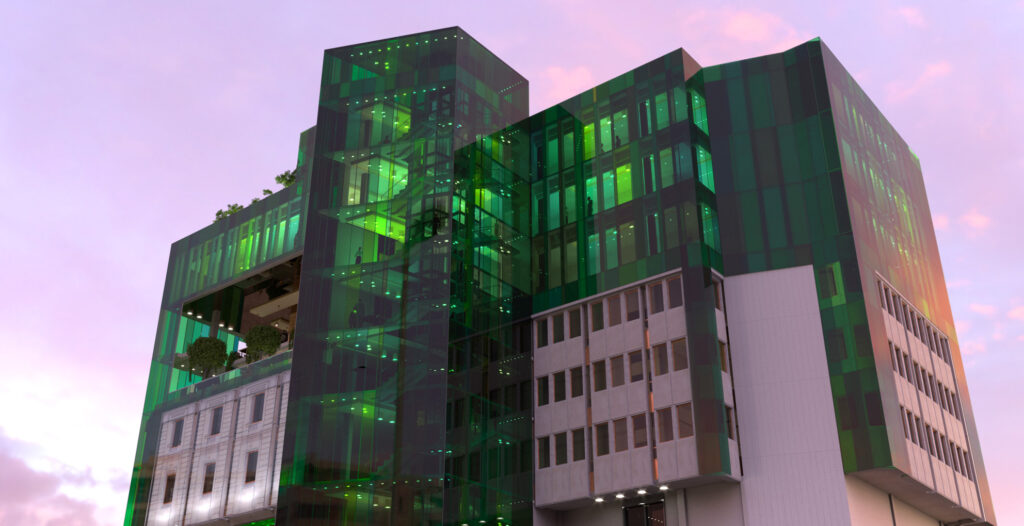 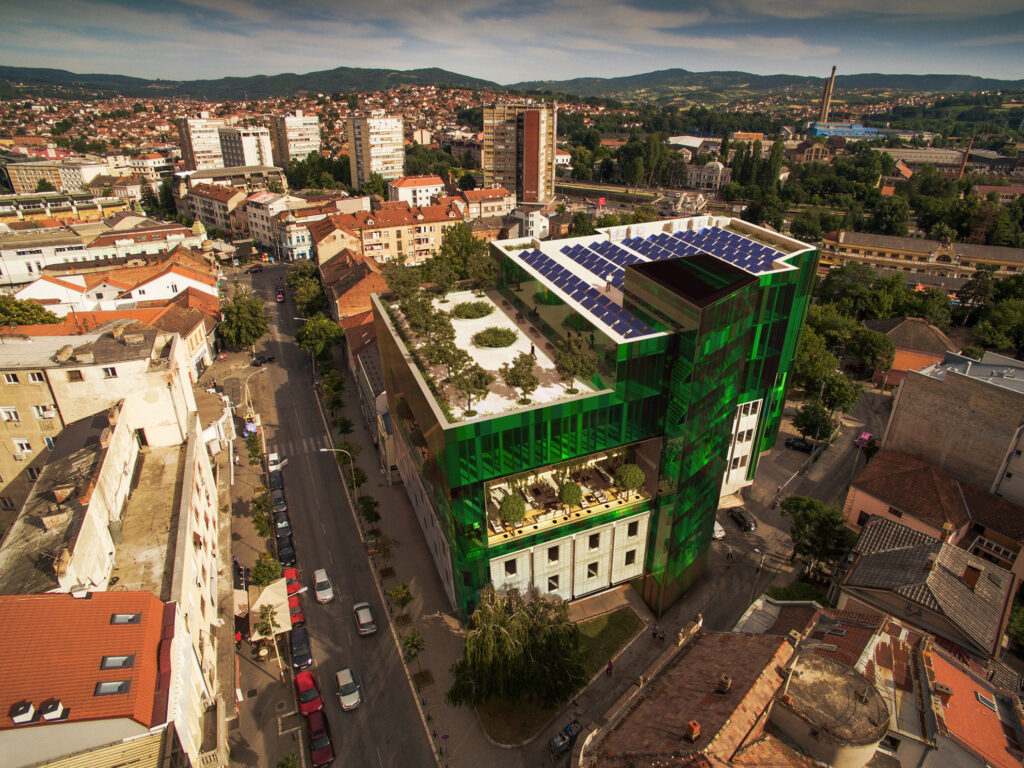 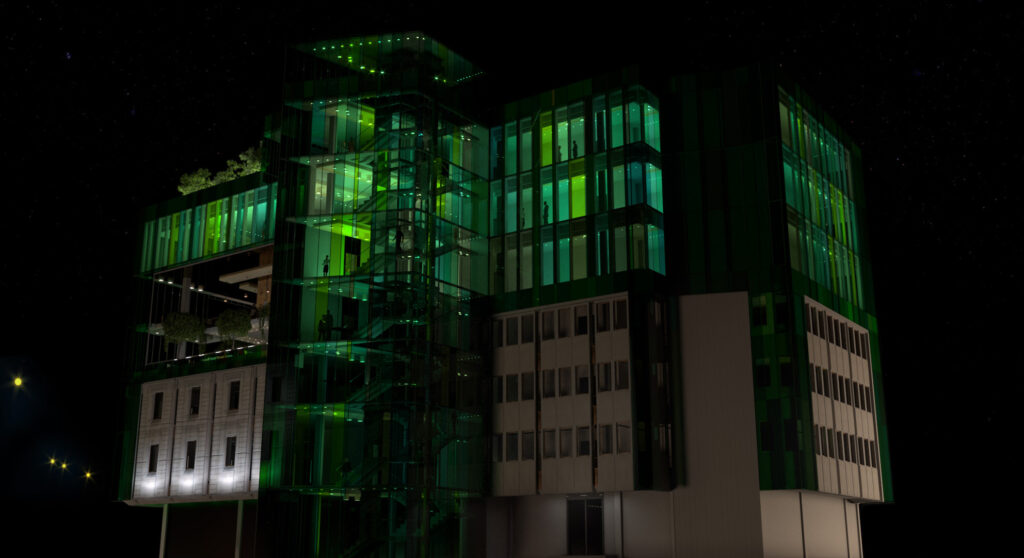 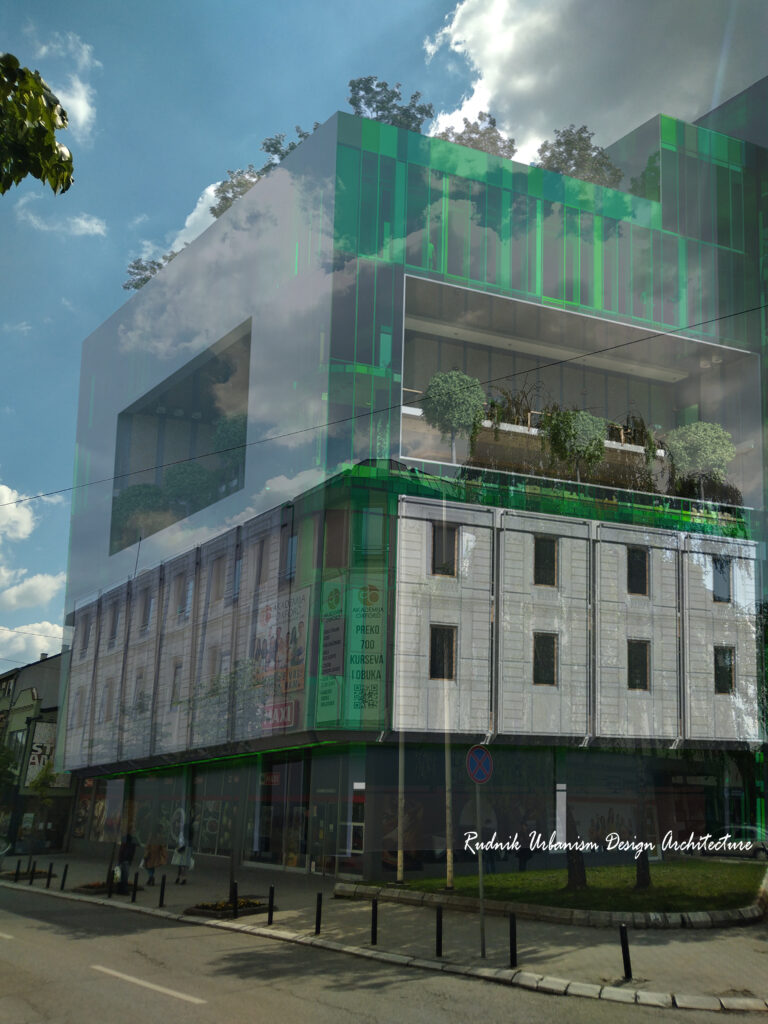 Unlike individual objects, for which it is certainly possible to receive all the details related to the future function and appearance of the facility, in multi-storey residential buildings, which are most often found in urban centers, a large number of restrictions for the development of physical structures bring with them and a large number of questions to which the answers are hiding are precisely in the acquired conditions and obligations that directly or indirectly affect the functional and design solutions of buildings built in city centers. The key to improving the relationship to the quality of the facility is in the mutual trust that the investor gives to the designer, with the aim of enabling the construction of a high standard facility, which must be defined as an obligation in the zones of the city center, not free will or non-binding decision in that relation. The compromise reached on many issues raised in the construction process leads to the result in which the owners of the apartments, the investor, and the city and the citizens, have the opportunity to enjoy the same benefits in the quality of access to the process of building commercial buildings.

Designing individual objects is a particular satisfaction and a design challenge for architects, primarily due to the fact that for the successful realization of such a physical structure, it takes a lot of time to create a quality project task, check movement and orientation, decisions related to the choice of the system for supplying the facility with energy, or the equipment for maintaining a constant temperature of the object at all seasons and above all the time dedicated to answers to all questions and requests of future users-the owner of the object being projected. Checking the client’s priority needs is done in several phases, the most important of which is the creation of a quality and realistic project task, which contains the necessary functional characteristics of the object, which undoubtedly influence both the physical and financial potentials of the client, in order to enable the realization of the object, in all according to the agreement reached on the customer-designer relationsh

The internal arrangement of business or residential premises is a task that, in contrast to the design of objects, is the solution of the micro-entities, in which every determine is obtained only by synchronizing all the activities in the space, in which the priority works on the design of walls and ceilings, the choice of lighting, precisely the works that make the ambiance special, designed according to the wishes of the client, in which the uniquely designed space represents its particular needs, must be defined at the level of its future maximum functional usability, but at the same time the visual appeal, in which design is an instrument for attracting clients , for its more efficient and comfortable use. The conceptual approach, but also the ability to customize each interior with the new requirements of the owner, is a task that requires the monitoring of works carried out according to the architect’s project, in which it draws its true mode of communication with a closer and wider environment of users of such a designated space.